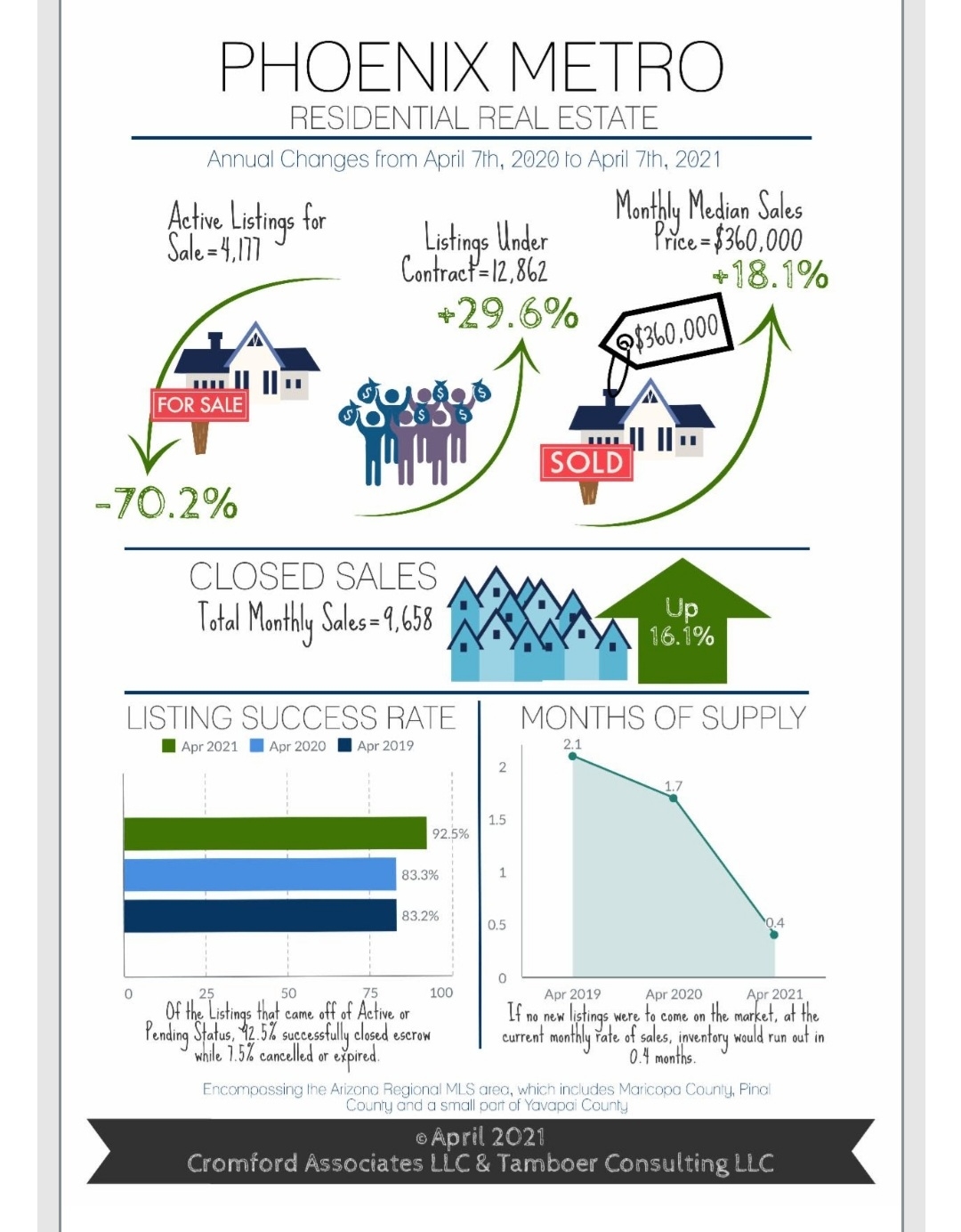 Active Listings have decreased by 70.2%.
Listings Under Contract have increased by 29.6%.
Monthly Median Sales Prices have increased by 18.1%.
Closed Sales are up by 16%
This is all due to the current lack of supply on the market which is now at 0.4 months.
WHAT DOES THIS MEAN TO THE TYPICAL HOMEOWNER???
NOW IS THE TIME TO SELL YOUR HOME!!! We have a program that allows you to buy your next home without a contingency.  Just ask us about it!
*Buyers:
With 54% of all sales closed over asking price so far in April, the average sale price per square foot is now higher than the list price for every price range up to $1M. In a balanced market, homes typically sell within 97% of list price; that percentage is now 101%. This means that, for the past month or so, the majority of list prices have been the starting price for where negotiations begin instead of a top price to work down from. In past extreme seller markets, $5,000 over asking was typically enough to win a contract; that was true last year as well when the market took off. However, last January the median over ask was $6,000; by February it was 10,000; in March it was $11,000; and so far in April it’s $15,000.
**By price range, over 62% of homes listed between $250K-$400K closed over asking price; the percentage is 54% for sales between $400K-$600K; 47% between $600K-$900K; 30% between $900K-$2.5M; 9.5% over $2.5M.
Putting an offer in over asking price may cause a buyer some anxiety, especially a first-time home buyer. The median sale price is now $360K. Since January, the sales price per square foot for a home between $300K-$400K has appreciated 6%. That’s approximately 2% per month and the current sale price to list price ratio within the price range is 102.4%. If this rate of appreciation continues in the short term, a buyer who paid 4% over asking price on a $360K home ($14,400 over) would recoup their investment through appreciation in approximately 2 months.
If you need to know about a community or more specific  information- contact me or my team!!
Posted by Elaine Beery at 3:22 PM 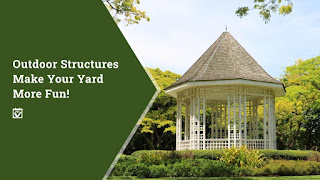 Although it’s barely spring, summer is right around the corner. And nothing says summer like better outdoor spaces to play and work in! Now is the time to plan and install outdoor structures so you can spend the hottest days of the year taking advantage of the breeze and shade, while still being able to spend time in the great outdoors.

Outdoor structures offer endless possibilities when it comes to sizes, shapes, construction materials, and intended uses. However, there are a few that are hardcore backyard staples, to the point that some might argue a home is completely bare without them. Of course, the outdoor structures you choose will depend greatly on how you use your home, but here’s a short list to get you started.

If you live in a HOA community, make sure you get their permission before constructing one of these up, just so there is no issues down the line.
Do you need more information about if there is a value to adding these to your home, contact us at Team Beery 602-644-1416
Posted by Elaine Beery at 10:02 AM